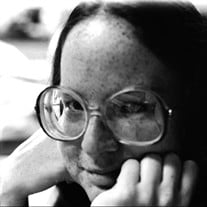 Teresa Benjamin Fox M.D., 59, ended her brief but spirited fight with cancer on September 24, 2019. Beloved by many and a source of inspiration to those who knew her, she was born September 30, 1959 in Minneapolis, Minnesota. Following her family to Illinois and then Pennsylvania, she chose to attend college at Washington University in St. Louis. There, she received a Bachelor’s Degree in Physics and Biology. She then prepared to enter medical school after graduation, which was her plan since Kindergarten. She met Edward Joseph Fox, her fellow student and future husband, on just the second day of arrival to St. Louis, and they became engaged before graduation. They then moved to Houston to pursue their love of medicine. In Houston during the early 1980s, Teresa worked in a pulmonary research lab doing important research, including studying the safety of asbestos on human lung cells and worked with NASA on moon dust safety. However, those two years were most known for the identification of the pneumonias common to AIDS patients. Her participation in that research would further her humanitarian efforts for those most in need of rapid scientific discovery and treatment. Teresa was admitted to medical school at UT Health Science Center at Houston and completed her M.D. degree in 1987. She entered the Internal Medicine residency program at Baylor College of Medicine, also in the Texas Medical Center, and completed training in July 1990. Only twenty-four days after completion of her medical training, Teresa delivered her first child, Diane Elaine Fox. Later that year, she began part-time practice in a local clinic working after-hours and weekends to ensure maximum parent-child interaction time. Throughout the rest of her life, she was able to balance the joys and responsibilities of motherhood with her desire to improve lives through her medical career. In 1992, Teresa and her family moved from Houston to Round Rock, where her husband started a practice in Neurology, and she continued to work in an outpatient Internal Medicine Clinic in Austin. She welcomed her second child, Lewis Richard Fox, in spring 1994. She was actively involved in many of her children’s activities throughout the years. She was well-known in the schools, Temple Beth Israel, and the Girl Scouts and Boy Scouts. She was known for her creative parties, costumes, and an enthusiasm and whimsy that was truly infectious. She motivated her children and husband to train with her in the American TaeKwonDo Association, with the whole family achieving the rank of black belt through years of persistent training and discipline. Teresa served as a medical consultant for the state of Texas, working for Disability Determination Services, evaluating Social Security Disability Claims. She became a national expert on proper medical evaluation of neurologic disability and gave several lectures on the subject to statewide and national audiences. Her love of travel led to many adventures and provided experiences that will live on in pictures and stories. Teresa is survived by her husband Edward Joseph Fox MD PhD, children Diane Elaine Fox and Lewis Richard Fox, father Richard Carl Benjamin, and sister Katarina Benjamin Gowins. She was predeceased by her mother Beverly Connaughton Benjamin and brother Michael Charles Benjamin. Family and friends wish to thank Texas Oncology, Visiting Angels, and Hospice Austin for their remarkable care and compassion through the course of her illness. The family also would like to thank the friends, coworkers, and network of support that gave her strength and support. In lieu of flowers, we suggest donations to the Round Rock Area Serving Center for their ongoing battle against hunger and poverty.

Teresa Benjamin Fox M.D., 59, ended her brief but spirited fight with cancer on September 24, 2019. Beloved by many and a source of inspiration to those who knew her, she was born September 30, 1959 in Minneapolis, Minnesota. Following her family... View Obituary & Service Information

The family of Teresa Benjamin Fox, M.D. created this Life Tributes page to make it easy to share your memories.