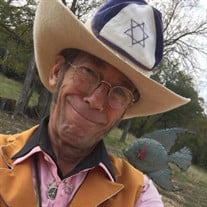 Dr. Stephen Bruce Berman, Doctor of Chiropractic, Master’s of Science in Neuro Physiology, Bachelor's of Science in Electrical Engineering, and free spirit, passed away on January 13, 2019 in Austin, Texas. A memorial service was held at Temple Beth Shalom. Steve was born in Washington, DC to Harold John Berman and Joan Eleanor Felstein on September 9, 1950. His view on the world and his perspective on life were greatly affected and influenced by the assassinations of the 60’s, the civil rights movement, and especially the Anti-Vietnam war protests. He traveled the country and the later the world, learning from his experiences as he went along. After running his own business in D.C., he discovered Chiropractic and went back to school to become an independent Doctor of Chiropractic for 30+ years, improving and saving thousands of patients' lives. Steve was always keen on healthcare and stayed emphatically true to his Hippocratic oath, going to great lengths to help when he was people were in pain, knowing he was the best. He loved adventure, geology, and mining, inventing and registering patents, and developing an integrated physics theory that explains our Universe. He even became the eldest alligator wrestler in Colorado! He was befriended and beloved anywhere he traveled. Above all, he was a loving father and always prioritized spending time with his two sons as they grew up. To many, he was a doctor, a classmate, a business partner, a teacher, a client, a friend, family or even a soulmate. His legacy will live on in the memories of these dear people whose lives he touched, articles he published and technique perfected ( https://youtu.be/2Mfhq7JhNos ). Way to go Steve!

The family of Dr. Stephen Bruce Berman created this Life Tributes page to make it easy to share your memories.