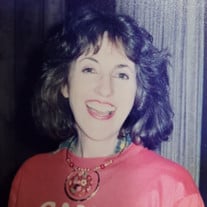 It is with deep sadness that we announce the passing of Shirley Koeller last night. Shirley was born in Cincinnati Ohio in 1935, to Sara and Morris. Her early years were spent in the warm and loving home of her old world, Orthodox Jewish grandparents. They themselves had only recently escaped the pogroms and hardships of Lithuania, but Shirley had many fond memories of speaking Yiddish, being surrounded by various uncles and aunts, and a warm Jewish community in Ohio. When she was five, Shirley’s parents moved her and her beloved brother Jack to San Francisco. She described her new neighborhood as diverse, eclectic, electric and dazzling! Shirley loved her grade schools in the Richmond District of San Francisco and excelled, eventually gaining admission into Berkeley where she studied Sociology. Shirley married Ralph Koeller who was a post doctoral fellow at Berkeley and moved to Boulder, Colorado where she had her son Kevin. She herself went onto to earn a doctoral degree from the University of Colorado, Boulder, and had a long and varied career teaching elementary all the way to College. She was a distinguished Professor at Texas Tech until her retirement over 25 years ago. Shirley moved to Austin as quickly as she could and went onto have an extremely active retirement. After a short stint in real estate, she taught part time at St. Edwards University, and attended as many classes as she could, always being a passionate advocate for education and self improvement. She was passionate about health and well being, often exercising at the Y, the J, line dancing at the local rec. center, or walking around Town Lake. A huge part of her life was being the best grandma possible, participating in each and every milestone in her grandchildren's lives. She was surrounded by her loving family, including her grandchildren, David, Sara and Natalie. Shirley’s funeral will be held at 9:30 am September 1, at Austin Memorial Park, 2800 Hancock Lane Austin 78731 In lieu of flowers, please send a donation to Congregation Beth El, or your favorite charity. Shiva minyanim will be held at Congregation Beth El on Wednesday, Thursday and Sunday evenings at 7:30 PM. Congregation Beth El A live stream of the funeral service will appear on the Austin Natural Funerals Facebook page, https://www.facebook.com/AustinNaturalFunerals, shortly before 9:30 am on Wednesday. A Facebook account is not required in order to watch. If a pop-up window appears asking you to log in click "not now" and the live stream will be available for you to watch. If the "not now" button does not appear, scroll down on the page and it will come up for you to select.

It is with deep sadness that we announce the passing of Shirley Koeller last night. Shirley was born in Cincinnati Ohio in 1935, to Sara and Morris. Her early years were spent in the warm and loving home of her old world, Orthodox Jewish grandparents.... View Obituary & Service Information

The family of Shirley Ann Koeller created this Life Tributes page to make it easy to share your memories.

It is with deep sadness that we announce the passing of Shirley...