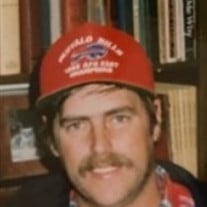 Samuel Frederick Nixon IV "Rick" of Austin, TX formerly of Mayville, NY passed away on April 14, 2021. He was born on June 18, 1953 in Jamestown, NY to the late Samuel Frederick and Mille (Hall) Nixon III. He attended Nichols School in Buffalo, NY before graduating from Hamburg High School in 1971. He later attended Baldwin Wallace University. Rick spent his earlier years working in the Chautauqua Institution and building on his love of the game as a star pitcher for the Aardvarks softball team.It was there that he was married at the Hall of Philosophy at the Chautauqua Institution to Nancy Poage in 1981. He was a carpenter by trade. Rick built both homes in which he resided in his earlier years in Mayville, NY and Austin. Rick was a former volunteer member of the Oak Hill Fire Department and continued working in his second passion of building and construction in Texas, even in his final years, constantly fine tuning his craft building beautiful furniture pieces for his home. He loved sports of all genres. He was especially passionate about the Buffalo Bills, the Buffalo Sabres, the Texas Longhorns, golfing, and Formula One Racing. The only thing Rick loved more than sports, was his family. The pride that his two children and grandchildren brought him was undeniable. Rick is survived by a son, Samuel F. (Jennifer) Nixon V; a daughter, Carolyn "Mickey" (Benjamin) White; three grandchildren, Samuel F. Nixon VI, McKinley and Gage White;two sisters, Melanie (Nathaniel) Reffner; a half-sister Melinda (Albert) Jones; a nephew, David Douglas; a niece, Heather (Brian) Kranz; Four great nephews, Brandon Douglas, Kyle Douglas, Gage and Matthew Freeburg; two great nieces, Gabrielle and Kalli Freeburg; cousins and countless longtime friends from New York to Texas. Besides his parents, he was preceded in death by a sister Maria Camden and his beloved black labrador, Allie. Even though he resided in Texas his heart was always in Chautauqua. A celebration of Rick's life will be held at a later date in Chautauqua, NY

The family of Samuel Frederick Nixon, IV created this Life Tributes page to make it easy to share your memories.