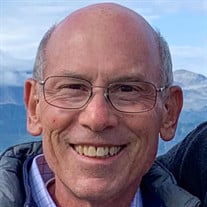 Ronald Aqua, 73, passed away peacefully in his home in Austin on January 2, 2021. Ron left us after a bout with colon cancer, during which he never lost his positive spirit and sense of determination of a life well-lived. Ron was born in 1947 in Philadelphia, PA and grew up in the Catskills village of Monticello. He developed his bonds with the local community at the Aqua drugstore, a gathering spot for both locals and visitors alike. A talented thinker & writer from a young age, Ron’s insatiable thirst for knowledge and gift for words developed early and stood the test of time across a variety of academic, business, and advisory positions. After earning valedictorian in the Monticello High School class of 1965, Ron went on to earn his BA in Political Science at Hamilton College in 1969, and a PhD in Government from Cornell University in 1979. It was during this time where Ron built his legacy as adventurous traveler with a lifelong thirst for other cultures and a global perspective. At Hamilton, he spent his Junior year abroad in Sweden, where amongst other things he spent time exploring European culture, moonlighting as a ski instructor, and laying the groundwork for what would help explain where he developed his strangely particular enthusiasm for Volvos and Scandinavian furniture. Upon graduation from Hamilton in 1969, he joined the Peace Corps and found himself teaching English in Seosan, a small town on the coast of South Korea. It was here where a local teacher in his school named Maeja Yoon caught his eye and cast the first of many spells over Ron, becoming the love of his life and his devoted partner for 47 years. Ron always had a talent for communicating around the world – in addition to attaining fluency in Korean during his time in the Peace Corps, he also achieved fluency in Japanese as part of his subsequent PhD studies, including a couple of years living in Tokyo to perform his dissertation research. For anyone who has wondered how he built his massive book collection of obscure titles about East Asian politics in the 1970s, this is where and when the magic happened! Upon moving to Brooklyn, NY in 1979, Ron combined his love of global affairs and talent as a scholar and began his varied career, first at the Social Science Research Council and then at the US Japan Foundation until 1996. Following 2 years at Mississippi State University, Ron and Maeja settled in Austin, Texas in 1998, where they remained for the rest of their days, and where Ron finished his career as President of the Texas International Education Consortium (TIEC). During this time, Ron became fond of Texas life, creating roots in a community that embraced his unique East Coast spirit and trademark Jewish wit. He considered himself both a New Yorker and a Texan, as always finding personal pleasure in bringing together different cultures, ideas, and people in a wonderful mixed blend of humanity. In spite of the academic and professional achievements, there was no greater joy for Ron than spending time with his family. His unconditional love for his family was unparalleled – there was nothing he wouldn’t drop to prioritize something for a loved one. In recent years, his caring for Maeja as she developed dementia was an inspiration and example for anyone who has ever known the meaning of devotion to a partner. He will always be remembered as someone who cared for those close to him above all else, and who left a unique mark on everyone around him. He was kind, funny, smart, and more than anything, relentlessly committed to the “family experience” – quality time with his tribe. Ron is preceded in death by his beloved wife Maeja Aqua, his sister Linda Strobel, and his father and mother, John Aqua and Helen Streifer. He is survived by his two sons, Sam and Ben Aqua, Sam’s wife Adriana Aqua, Ben’s husband John Aqua, and Ron’s adoring 3 grandchildren, Gabriella, Isabel, and Timothy Aqua. In lieu of flowers, memorial contributions may be made in Ron’s honor to The Association For Frontotemporal Degeneration (www.theaftd.org).

Ronald Aqua, 73, passed away peacefully in his home in Austin on January 2, 2021. Ron left us after a bout with colon cancer, during which he never lost his positive spirit and sense of determination of a life well-lived. Ron was born in 1947... View Obituary & Service Information

The family of Ronald Aqua created this Life Tributes page to make it easy to share your memories.

Ronald Aqua, 73, passed away peacefully in his home in Austin...