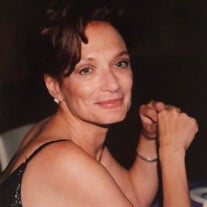 Rhonda Caren Amkraut Pressley, age 68, was born on April 23, 1950. She passed away peacefully in her sleep on July 29, 2018 in Bastrop, Texas. Born in New York City to Hilda and Harry Amkraut, Rhonda was raised with her brother Jeffrey Amkraut. A pioneer in her day, she graduated from State University of New York at Stony Brook and attended Hofstra Law School where she was known for her work on the Law Review Journal. She moved to Texas in 1979 and spent time raising her family before returning to work defending children for the Office of the Attorney General for the State of Texas as the Chief of the Appellate Litigation Section of the Child Support Division. Her passionate pursuit of justice included several appearances before the Supreme Court of Texas where she was victorious numerous times on behalf of many children in need. Her dedication to the children of the State of Texas was matched by her unparalleled love and devotion as a mother and grandmother to her children and grandchildren, with whom she visited frequently. Rhonda is survived by her husband of more than 25 years, Vann Duerant Pressley of Bastrop, TX, her brother Jeffrey Amkraut of Plantation, FL, her daughters Rysse (Bayer) Goldfarb of Houston, TX, Alec (Bayer) Covey of Glencoe, IL, Shanna Bayer of Houston, TX, her stepchildren Allison (Pressley) McFarland of Amarillo, TX and Daniel Pressley of Bedias, TX. She is also survived by her grandchildren: Jack McFarland (17) of Amarillo, TX, Sam (13), Josie (11), and Lila (8) Goldfarb of Houston, TX; Tessa (9) and Levi (6) Covey of Glencoe, IL; Jaqulynn (15) and Bryant (14) Craig and Astoria (5) and Stetson (3) Pressley of Bedias, TX. A service was held on Wednesday, August 1, 2018 in Pflugerville, TX. In lieu of flowers, donations may be sent to The Jewish Federation of Greater Austin, 7300 Hart Lane, Austin, TX 78731 - 512.735.8034 or Alzheimer’s Association, 8180 Greensboro Drive, Suite 400, McLean, VA 22102 - 800.272.3900.

Rhonda Caren Amkraut Pressley, age 68, was born on April 23, 1950. She passed away peacefully in her sleep on July 29, 2018 in Bastrop, Texas. Born in New York City to Hilda and Harry Amkraut, Rhonda was raised with her brother Jeffrey Amkraut.... View Obituary & Service Information

The family of Rhonda Amkraut Pressley created this Life Tributes page to make it easy to share your memories.