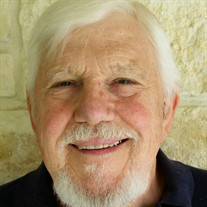 Phillip Lance Harvey died peacefully in his home with his wife, Karen on November 4, 2021 from complications of rejection of his transplanted lungs. He received his transplant on April 6, 2013 and spent the next 8 1/2 years living life to its fullest. Phil was born on January 20, 1944 in Toppenish, Washington. His parents, Paul Samuel Harvey and Sarah Pearl Harvey, along with their seven children, moved to Port Townsend when Phil was a young child. His mother had one more child, a daughter, a few years later. Phil graduated from Port Townsend High School in 1962. He went on to play football in college and received a Bachelor of Arts degree from Central Washington State College in 1967. Later that year Phil joined the Army. After completing basic training at Fort Lewis, WA he was stationed at Dugway Proving Ground, Utah until his discharge in 1969. Phil and Karen met in Seattle, WA and moved to Arizona where they were married in 1980. Together with their son, Kevin, they turned a 5 acre piece of desert into a mini farm complete with 5 horses, a few goats, several dogs and a couple cats. Pure heaven for a couple of country kids! In 1988 they moved to Port Townsend, where the two of them took on the task of building a 3,500 sq.ft. house. It took them 2 years and a lot of sweat and sore muscles along the way but they both agreed, those were some of the best years of their marriage. An entrepreneur at heart, Phil opened his own Dental Laboratory, Lance Dental Lab, where he and his wife, Karen worked for many years. In 1994 Phil became a licensed Denturist in Washington State and went on to open a successful practice, Best Impressions Denture Studio, in Port Hadlock, WA. His dedication to excellence put new smiles on many patients. In 2006 Phil and Karen moved to Maui, Hawaii where he continued his dental practice until he retired in 2008. Phil had a passion for history and studied the making of America. He was a student of the U.S. Constitution could often be found in deep discussions, always sharing his knowledge with others. Eager to make a difference he threw his hat in the ring and in 1986 made a run for the Arizona House of Representatives. It was not meant to be. After moving back to his hometown, Port Townsend, WA he gave politics another try and ran for Jefferson County Commissioner in 1994. Defeat is never easy but Karen, his wife admitted she was happy he did not win. Politics can be a tough game. Throughout his career Phil always took time to coach sports. He was actively involved with all the sports his son, Kevin, played while growing up. Later on Phil had the opportunity to be part of the coaching staff at Port Townsend High School and later at Chelan High school. Alongside his best friend, Darren Talley, they worked hard to be positive role models to the young men, mentoring them though their developing years. Phil and Karen had the spirit of adventure and throughout their 41 ½ years of marriage they enjoyed living in Washington State, Arizona, Hawaii, Texas and Israel. Phil loved sunsets and together, over a glass of wine, they would enjoy reminiscing about all the life adventures they had been blessed to experience. During their time in Texas they became a part of the Congregation Beth El family, always eager to learn and participate. Phil loved God. He was a man of integrity who genuinely cared about others. He was a faithful and loving husband and father. Preceding him in death are his mother, Sarah Pearl Harvey, father, Paul Samuel Harvey, sister, June Anderson and brother, Virgil See. Surviving immediate family are his wife, Karen Harvey and son, Kevin Lindsay Surviving siblings are, brothers, Larry See, Wayne Harvey and Harold Harvey and sisters, Nancy Harvey and Sherri Greenleaf. Funeral and burial services will be held Tuesday November 30 at 11:15 am at Fort Sam Houston National Cemetery. A live stream of the funeral service will appear on the Austin Natural Funerals Facebook page, https://www.facebook.com/AustinNaturalFunerals, shortly before 11:15 am on Tuesday. A Facebook account is not required in order to watch. If a pop-up window appears asking you to log in click "not now" and the live stream will be available for you to watch. If the "not now" button does not appear, scroll down on the page and it will come up for you to select. In lieu of flowers please consider making a donation to one of the following: Congregation Beth El web site: bethelaustin.org 8902 Mesa Drive Austin, TX 78759 Wounded Warrior Project website: WoundedWarriorProject.org Tunnel to Towers website: T2T.org Or to your favorite charity.

Phillip Lance Harvey died peacefully in his home with his wife, Karen on November 4, 2021 from complications of rejection of his transplanted lungs. He received his transplant on April 6, 2013 and spent the next 8 1/2 years living life to its... View Obituary & Service Information

The family of Phillip Lance Harvey created this Life Tributes page to make it easy to share your memories.

Phillip Lance Harvey died peacefully in his home with his wife,...