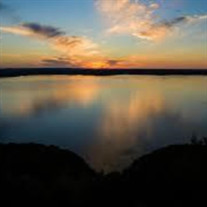 Oliver Percival Franklin was born on October 3, 1961 in New York City and passed on April 4, 2022 at the age of 60 after a four year battle with cancer. At the age of 10, Oliver moved to Austin with his parents and two younger sisters to be closer to his father's family that have owned and still operate a large cattle ranch in Llano County since the 1870s. A proud a seventh-generation Texan, he attended UT-Austin, where he received a B.A. and an M.A. in Geography, focusing on what is known as Sense of Place. His Master's Thesis surveyed all murals in Austin and was entitled Listen to the Walls Speak: Murals and Symbology in Austin, Texas, 1990-1995. After receiving his MA, he served as Education Officer at the Museum of South Texas History in Edinburg and found a new passion--raising community pride through community education culminating with his time at the Elisabet Ney Museum, where he was at the helm for 10 years until his death. Oliver couldn't help but be his authentic, unique self. A warrior for artists in Austin and having showcased over 90 female artists at the Ney, Oliver was passionate about quality and excellence, in art, in conversation, in language. His love of his family and friends was profound and visceral ---and it was easy to become one of his friends. Philosophy, film, culture and creativity were the energies that inspired him and his enthusiasm inspired so many. Curious about everything and with an encyclopedic knowledge of certain subjects, he was a true Austin original that could enliven any event with his positive enthusiasm. In addition to the award-winning eclectic events and programming he produced while a museum professional, he was a published author and essayist in local, national, and professional publications and an art photographer. He served on the Board of Directors of his family's Llano County cattle ranch, and on the Advisory Board of Big Medium. He also re-activated the Friends of the Ney Advisory Board, a group that led a successful campaign to earn national recognition and a grant from the National Trust for Historic Preservation An incredibly devoted father of two beautiful children, Anne Olivia and Anderson Percival, Oliver is also survived by his two sisters, Jennifer Franklin Ortiz and Georgia Franklin, and their families, Paloma, Asa, and Fermin Ortiz; and Abigail, Penelope and Joe Chung; his uncle Frank Franklin; and Annie and Anderson's mother, Lindsay Franklin. And a huge collection of friends and admirers who will miss his energetic spirit terribly. A celebration of Oliver's life will be held in conjunction with the Elisabet Ney Museum's annual Ney Day Celebration, Saturday April 16, from 12-4 with a special tribute from 4-5pm. Following will be a ceremony at Good Shepherd Episcopal Church, 3201 Windsor Road on Wednesday, April 20th, 2:30pm. In lieu of flowers, please consideration a donation to either The Friends of the Elisabet Ney Museum or help fund his children's education. Donations to The Friends of the Elisabet Ney Museum https://austincf.fcsuite.com/erp/donate/create?funit_id=1773 Donations to Oliver's Children's Education Fund https://www.gofundme.com/f/annie-andersons-college-fund?utm_campaign=p_cf+share-flow-1&utm_medium=copy_link&utm_source=customer

Oliver Percival Franklin was born on October 3, 1961 in New York City and passed on April 4, 2022 at the age of 60 after a four year battle with cancer. At the age of 10, Oliver moved to Austin with his parents and two younger sisters to be... View Obituary & Service Information

The family of Oliver Percival Franklin created this Life Tributes page to make it easy to share your memories.

Oliver Percival Franklin was born on October 3, 1961 in New York...