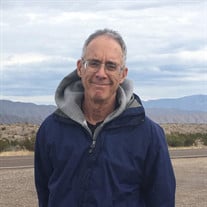 Mitchell Sudolsky, a Brooklyn-born Texan known for his quick mind, devotion to social justice, and disarming sense of humor, died March 31 in Austin after a short illness. A devoted husband, father, social worker, and teacher, he will be missed by many whose lives he touched from Texas to New York. Born in Brooklyn on October 3, 1951, Mitch was drawn to the helping professions as an undergraduate at Cornell University, where he earned a bachelor’s degree in psychology. After graduation, he worked in a residential treatment center in Niagara Falls and at a camp for children with disabilities; evaluated teen pregnancy prevention and delinquency diversion programs for a New Mexico youth agency; and worked as a volunteer firefighter. In 1978 he earned a master’s degree in social work from the University of Texas at Austin. He chose Austin, he often joked, as much for the food and music as for the educational opportunity. While in graduate school Mitch met nursing student and Austin resident Adrienne Nolen. They were married in 1979 and raised their two children, Claire and Aaron, in Colorado and Austin. Throughout his decades as a Southwesterner, Mitch remained proud of his Brooklyn roots, and he relished the specialness of being a “New Yawker” in Texas. A lifelong fan of classical and jazz music, he also acquired a taste for salsa music, which he shared with his daughter Claire. He played a mean ragtime piano but also loved visiting Austin’s honky tonks with Adrienne. A Licensed Clinical Social Worker, Mitch served for many years as the director of Jewish Family Service of Austin. His tenure there capped a distinguished professional career that included thirteen years in rural mental health centers in Colorado and New Mexico and seven years in a Colorado health sciences center, where he taught physicians in a hospital training program. An enthusiastic teacher, Mitch took special pleasure in recent years in serving as clinical professor at his alma mater, the UT Graduate School of Social Work, where he lectured on social justice and crisis intervention and was sought out by many of his students as a mentor and supervisor. Mitch was a voracious reader of histories and of the New York Times, a barbecue lover turned vegan, a hiker who enjoyed backpacking with his son Aaron, and a cyclist who had once biked into the wind from New York to California. As a social science professional, he combined a passionate commitment to social justice with an extraordinary work ethic, a razor-keen mind, and a gift for brightening conversation with wordplay and wit. He was preceded in death by his parents Ralph Sudolsky and Beatrice Ringel. He is survived by Adrienne, his wife of 42 years; their children Claire and Aaron; his brother David and sister Amy; several close cousins; and numerous colleagues and former students who remember him as an energetic, exacting, and inspiring teacher. In lieu of flowers, please consider a donation in Mitch's memory to Jewish Family Service of Austin: https://www.shalomaustin.org/tributes.

Mitchell Sudolsky, a Brooklyn-born Texan known for his quick mind, devotion to social justice, and disarming sense of humor, died March 31 in Austin after a short illness. A devoted husband, father, social worker, and teacher, he will be missed... View Obituary & Service Information

The family of Mitchell Sudolsky created this Life Tributes page to make it easy to share your memories.

Mitchell Sudolsky, a Brooklyn-born Texan known for his quick...