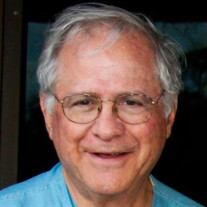 Dr. Michael Frederick Appel, 81, passed away on July 31, 2019, in Austin, Texas, where he and his wife, Madeleine, had moved after their Houston home of almost 50 years was flooded by Hurricane Harvey in 2017. Dr. Appel was born in Corpus Christi, Texas, on December 28, 1937. He spent his first few years in Alice, Texas, with his parents, the late Dr. Myron Henry Appel and Ida Doris Pearline Appel and his late brother, Dr. Truman Frank Appel. Ultimately the family settled in Corpus Christi, where his father opened a general practice. Michael graduated from The Lawrenceville School near Princeton, N.J., where he belonged to the Cum Laude Society. He completed his pre-med requirements at Tulane University and then entered medical school at Baylor College of Medicine in Houston, from which he graduated in 1961 with honors. He was elected to AOA, the medical honor society that recognizes scholarship. Michael served an internship at Columbia-Presbyterian Hospital in New York City, then returned to Houston for a general surgery residency at Baylor University College of Medicine affiliated hospitals. He completed his general surgery residency at Columbia-Presbyterian in New York City. In 1962, at the outset of his residency years, Michael married Madeleine Greene Appel, also of Corpus Christi. During the years in New York, the couple had one child, Sarah Molly, who, to their tremendous sorrow, died at birth. After completing his residency, Michael spent two years in the U.S. Air Force, during which time, to their great joy, their first son, Louis, was born. Three and a half years later, shortly after Michael entered private practice in Houston, again to their great joy, their second son, Noah, was born. Dr. Appel practiced general surgery in Houston for 44 years, first in a two-person practice, then with Kelsey Seybold Clinic, and ultimately in his own practice. He served as Chief of General Surgery at St. Luke’s Episcopal Hospital (now CHI Baylor St. Luke’s) for 25 of those years and was elected to a term as Chief of Staff. He held the positions of Clinical Professor of Surgery at Baylor College of Medicine and Clinical Professor of Surgery at the University of Texas Medical School-Houston. He was a Fellow of the American College of Surgeons and a Fellow of the American College of Gastroenterology. A pioneer in the field of endoscopy in Houston, Dr. Appel introduced surgical endoscopy to St. Luke’s, where he performed the first colonoscopic polypectomy, the first endoscopic duodenal polypectomy, and the first laparoscopic adrenalectomy. He also completed the first ERCP with sphincterotomy and stone removal in this region of the country. In 2004 he was named the Distinguished Houston Surgeon for the year by the Houston Surgical Society, and in 2009, St. Luke’s honored him with the Master Clinician Award. Dr. Appel also authored numerous articles in peer-reviewed journals. As the Houston Surgical Society wrote, “In the tradition of his father, Dr. Appel always put his patients first—providing skilled, deeply knowledgeable, heartfelt and ethical and humanistic care to the thousands who came to him for treatment. He was available to his patients at all hours of the day and night, patiently answering questions and soothing worries. His love of medicine in general and surgery in particular translated itself into his devotion to teaching medical students and housestaff with whom he spent hours daily. He proved himself a forward looking leader, dedicated to the ethical delivery of medical/surgical services, patient care, St. Luke’s Hospital and the general surgeons and general surgery staff of St. Luke’s…” While medicine was his professional life, he held his sons, Louis and Noah, and wife, Madeleine—and later his daughters-in-law, Jennifer and Gila, and grandchildren, Daniela, Ari, and Gabriela and Ben and Sarah—his dearest and most prized gifts. His love for them all was enduring and deeply felt. He was there for them at every hour of the day and night and all the important moments in their lives. He was also a Renaissance Man. From his father he inherited the ability to fix anything. He ran marathons and triathlons, fished and tied flies, taught his family to enjoy camping under the stars, and enjoyed reading. Music of all genres soothed his soul. He sang in the Chapel Choir at Lawrenceville and in the Tulane-Newcomb A Cappella Choir at Tulane University. His passion was rowing/sculling, on which he embarked first with the Bay Area Rowing Club and then the Greater Houston Rowing Club. In addition to his wife, sons, daughters-in-law, and grandchildren, Dr. Appel is survived by his sister-in-law, Frances Greene; nieces and nephews, Leslie Appel and children Talor and Colton; Sarah Appel Lyons (Jesse) and children Emma, Abigail, and Nathan; Jennifer Greene (Robert Garisto) and son Daniel; David Greene (Deb Palmer) and children Ellie and Jacob Julian; cousins Tom Appel (Phyllis) and Stephanie Chase (Rob Rosemont) and son, Camilo; and special friends Adel Cruz and Karen Sisk, who ran his office throughout his years of practice; Dr. Elaine Peltier, his rowing partner, and her husband, Richard; Rheta and Bob Page and Barbara and Tim Templin, lifelong friends; and Clara Binford and Perla Rosenstock, also dear friends. In lieu of flowers, those wishing may make a donation in Dr. Michael Appel’s name to People’s Community Clinic, 1101 Camino La Costa, Austin, Texas 78752.

Dr. Michael Frederick Appel, 81, passed away on July 31, 2019, in Austin, Texas, where he and his wife, Madeleine, had moved after their Houston home of almost 50 years was flooded by Hurricane Harvey in 2017. Dr. Appel was born in Corpus Christi,... View Obituary & Service Information

The family of Dr. Michael F. Appel created this Life Tributes page to make it easy to share your memories.