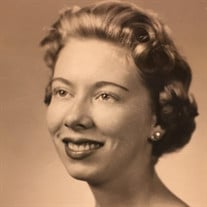 Mary Reagan Birdwell was born January 12, 1940, to Sherman Birdwell and Delle Lauderdale Birdwell in Austin, Texas. She attended, Casis Elementary, O’ Henry Jr. High and then Austin High School. As a self proclaimed tomboy she set off down a life path of challenging norms and pushing accepted limits. She went on to graduate from the University of Texas, was active in Alpha Phi and was part of the Austin debutante circuit. She then spent some time in Germany in a civilian role for the U.S. Army. With a letter in her pocket requesting consulates to extend all courtesies to her from then Vice President Lyndon Johnson (a long time family friend), she traveled freely around Europe. It was there she met her husband. They married in 1965 and moved back to Texas. In 1970 she adopted her only son and changed roles to focus on motherhood. In the early 70’s she worked towards a Master’s degree in Criminal Justice at SHSU. In the early 80’s she opened a consignment sporting goods store with her cousin Suzanne Bagwell. It was one of a handful of woman-owned businesses at that time. She then went on to own and operate several framing shops and galleries in Austin. In the 90s she was divorced and traveled extensively. She had a love for scuba diving and eventually purchased a condo in the Cayman Islands where she lived happily with her faithful companion Scoobie for many years. Her health took many unfortunate turns and became a full time job for her to manage. Rarely accepting outside advice, never bending to the status quo, she moved many times until her health became an obstacle to her peripatetic life force. Even in her later years of poor health, she never once lost her love of laughter, the connection with friends and the warmth of spirit she exuded for all of her 79 years. She attacked life, almost challenging it to best her. On March 3, 2019, it finally did. She is survived by her only son and a granddaughter. The family requests that in lieu of flowers that donations be made in her name to one of these causes she cared deeply about. Safe Place Austin https://www.safeaustin.org/get-involved/donate/donate/ National Alliance on Mental Illness https://donate.nami.org/give/197406/#!/donation/checkout?utm_source=HomepageButton&utm_medium=website&utm_campaign=DonationTracking

The family of Mary Reagan Birdwell created this Life Tributes page to make it easy to share your memories.