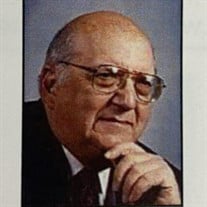 Marion Leonard Stahl, beloved son, brother, husband, father, grandfather, great grandfather, and friend, passed away March 15, 2022, after a long, vibrant and beautiful life. He liked people, and people LOVED him, especially his patients. Over the course of his life, he answered to many different names, all affectionately penned by those he came to know and love – Marion, Bubba, Honey, Stahl, First Lieutenant, Dad, Grandpa, Papa, Great Grandpa, Dr. Stahl, Doc, Doc Stahl, Little Brother and Micko. Marion was born to Florence Picard Stahl and Dr. Louis J. Stahl in Gonzales, TX on August 9, 1927. Always the over-achiever, Bubba graduated from High School 2 years early and attended College at THE University of Texas at Austin. While in college Stahl was a member of the Phi Sigma Delta fraternity which later became ZBT. Doc Stahl went on to be an Advisor for the Austin chapter of ZBT for 33 years. At the ripe old age of 18, he left college two years early to start medical school at the University of Tennessee’s Medical School in Memphis - the other UT. Dr. Stahl graduated medical school first in his class in 1948 at age 21. Fun fact, his thesis paper was titled: “A Comparison of Drug Procedures in the Amelioration of Pain in Childbirth”. Doc completed multiple residencies: (i) 1949-1950 in Obstetrics and Gynecology in St. Louis, MO at Barnes Hospital and (ii) 1953-56 in Chicago at The Chicago Lying-In Hospital and Dispensary at the University of Chicago. In between residencies, First Lieutenant Stahl served in the U.S. Army in Wurzburg, Germany from 1951-53, practicing general medicine, obstetrics and gynecology. In 1956 he moved to ATX to set up his own practice, and was Board Certified in Obstetrics and Gynecology in 1961, becoming one of the first OB/GYN specialists in Austin. His OB/GYN work and practice spanned over 40 years until he retired in 1997. Following a blind date and lengthy 3-week romance, Honey married the love of his life Marilyn Faye Saikin on December 3, 1961; they recently celebrated their 60th anniversary. Little Brother had a special bond with all of his family which included sharing a love of UT sports and golf with his brother Henri. Papa was known for always having a joke ready for any occasion or situation, appropriate… or not (and those were the best ones)! His timing, tone, accents and delivery were damn good. He liked Jazz and he liked the occasional glass of scotch or Pinot Noir (but only if it was from Willamette Valley!). Micko volunteered in the Austin Jewish Community over the years, including serving as President of the JCCA from 1977-78 though he preferred working behind the scenes. In the early 1960s, Dad also led the Austin Chapter of the American Cancer Society, educating the local community and raising funds for cancer research. Doc took special pride in having been the attending physician for the UT-Austin Golf Team for many years; more than one of those he cared for went on to win multiple PGA golf majors – just sayin’. And the good Doctor capped off his professional career with a stint as mentor/teacher at Brackenridge Hospital in Austin. Dr. Stahl befriended and became especially close to his many care givers – they blessed him in return with kind hearts and thoughtful moments, making his final years and months so comfortable, peaceful and meaningful – Victoria, Cynthia, Al, Cecelia, and so many others – thank you from the bottom of our hearts. Dad is survived by his wife Marilyn, and his children: Stuart Stahl and wife Ronda, Brent Stahl and wife Susan, Nancy Stahl Shuman and her life’s love Lee Dickerson. Grandpa is survived by seven grandchildren: Courtney Kizer and husband Steve, Harrison Stahl, Bradley Stahl, Seth Shuman, Noah Shuman, Jacob Stahl, and Gabe Stahl along with tons of cousins, nieces, nephews and friends. Great Grandpa is survived by great granddaughter Wesley Shuman. And Dr. Stahl is survived by one of life’s special people, Robertia Wilson. Honey/Dad/Grandpa/Great Grandpa loved to brag about his wife, children, grandchildren, and great grandchild, mostly behind their back, lest they get too cocky. Marion, Bubba, Honey, Stahl, First Lieutenant, Dad, Grandpa, Papa, Great Grandpa, Dr. Stahl, Doc, Doc Stahl, Little Brother and Micko, we love you and miss you so much! WHAT ELSE? For those wishing to make a donation in Marion Stahl’s memory, he asked that donations be made to: Power for Parkinson’s, 5555 N. Lamar Blvd., Suite L121, Austin, TX 78751 https://www.powerforparkinsons.org/donate https://www.powerforparkinsons.org/

The family of Dr. Marion Leonard Stahl created this Life Tributes page to make it easy to share your memories.