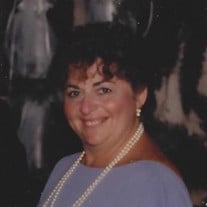 Marilyn Epstein was able to teach life lessons without the recipient recognizing that he or she was being taught. She instilled positive values and bettered the lives of everyone she touched by using her favorite tools -- a beautiful story, a corny joke, a wink, a simple phone call, an out of tune rendition of “Happy Birthday”, and a warm hug. While the recipients may not have realized the lesson that was learned, they knew for sure that they were loved by this wonderful woman.? Marilyn passed away on March, 16th 2021 surrounded by her children. She is survived by her three children-- Cory (Rob) Sureck, Jon (Laurie) Epstein, and Rick (Rocky) Epstein. She is also survived by her cherished grandchildren Adam (Shelly), Anna, and Zach Epstein, Hayley and Devyn Sureck and her future great grand child coming soon. Marilyn also leaves behind her brother, Kenneth Safon, her sister in law Jean Safon (Lenny’s wife whom she considered a sister), and many nieces, nephews, and thousands of students. She was predeceased by her parents Benjamin and Eva Safon and her brother Dr. Leonard Safon. Marilyn Lorraine Epstein was born in Chelsea, Massachusetts on September 8th, 1934. She grew up adored by everyone she met; something that lasted her entire life. She attended Salem State Teachers College where she earned a degree that confirmed what was already known: she was born to be a teacher. Marilyn devoted over 50 years of her life shaping the minds of children. Perhaps it was Marilyn who was the inspiration for the quote “no woman stands so tall as when she stoops to help a child”. Marilyn also had a passion and a talent for directing summer camps and children's programs. For the latter part of her career, she was the Director of the Child Development Center at Congregation Beth Israel in Austin, Texas. Marilyn will live on through the immense amount of love she spread and the invaluable lessons she taught her grandchildren of whom she was most proud. The service for Marilyn Epstein will be held on Friday, March 19th at 10:30 am CST. The graveside service is at Capital Memorial Park Cemetery - 14501 N Interstate 35, Pflugerville, Texas 78660. In lieu of flowers, please consider a donation in Marilyn’s memory to a Jewish children’s education fund of your choice.

Marilyn Epstein was able to teach life lessons without the recipient recognizing that he or she was being taught. She instilled positive values and bettered the lives of everyone she touched by using her favorite tools -- a beautiful story,... View Obituary & Service Information

The family of Marilyn Epstein created this Life Tributes page to make it easy to share your memories.

Marilyn Epstein was able to teach life lessons without the recipient...