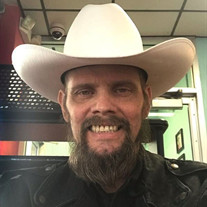 John-Peter “JP” Martin Lund of Arrowhead Drive, Leander, TX, husband, father, friend, teacher, attorney, and priest, died at 52 years old on Feb 3rd, 2021, after a long battle with acute myeloid leukemia. Born in Brooklyn, NY, November 30th, 1968, JP led a vivid, colorful life, capturing the hearts of those he met from all walks and from around the world.  JP began on the punk scene in New York, and as a bike messenger, where he was featured in a National Geographic Documentary saying, “It’s a beautiful day…Wind is blowing up against my face…I’m having fun anyway.” After extensive world travel, JP attended Brooklyn College and later transferred to the University of California, Berkeley, where he completed Bachelor’s and Master’s degrees in Mathematics. JP then attended the University of Texas Law School, where he interned for Chief Justice Wallace B. Jefferson, and was awarded the Tex Lazar “Fill Your Boots” award for his contributions to the Texas Review of Law and Politics.  JP began his legal career at an Austin firm, but in order to spend more time with his children, he transitiond to private practice, which ultimately developed into a unique and rare subspecialty in education law, lobbying, writing and interpreting legislation for alternative teacher certification in Texas, and helping expand alternative teacher certification to other states. He taught mathematics at St. Edward’s University and advanced Gnostic theology studies at night.  You may have met JP in Washington Square Park, at a polar bear swim at Coney Island, or on a bicycle in Norway. You may have seen him pass you on his motorcycle on his way to Mexico; behind the desk of a small hotel in Israel or backpacking across Syria; at a board meeting at Austin Home Base elementary school; in choir with the Austin Singers; on the gun range; at a taekwondo meet or baseball game; on the trail at Mt. Bonnell; at a café in Italy or chasing kangaroos in Australia. He may have taught your college math classes or introduced you to Gnosticism or exhilarated you during Mass. No matter where, those who met JP could not help but be inspired by him for his unadulterated enthusiasm for life.  Shortly before he died, JP said, “I do not want to die. I want to live! I love living! But if I must die, I have lived more than most would live in three lifetimes, and I have no regrets. I have done everything.” Taken from us too soon, JP is survived by his loving wife, Amelia B. Sybenga of Leander, TX and Essex Junction, VT; his two teenaged sons, Maxwell E. Lund and Gabriel Z. Lund of Austin, TX; his father, Robert M. Lund of Staten Island, NY; his mother, Suzanne H. Johnson and his step-father, Robert A. Larson of Los Angeles, CA, and countless family members and friends around the world.

The family of John-Peter Martin Lund created this Life Tributes page to make it easy to share your memories.