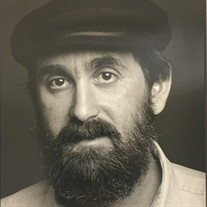 Jeffrey Weinberger, founder of iconic Jeffrey’s Restaurant and one of the most beloved and respected restaurateurs in Austin, passed away Wednesday, September 22, 2021 at the age of 74. Jeff was born on March 25, 1947, the oldest of 4 children of Sarah and Julius Weinberger. As a youngster Jeff loved sports & excelled in music, winning scholarships as a nationally recognized young cellist. His life changed abruptly at age 13 when his mother was diagnosed with cancer. He got a hardship drivers license to shuttle her to chemo treatments until her death 3 years later, while also helping to raise his younger brothers and sister. After graduating from Thomas Jefferson High School, he enrolled at The University of Texas at Austin as a pre-med major and became an active member of the Alpha Tau Omega fraternity. Always fascinated by science, he convinced a nurse to train him as a surgical tech and was eventually asked to work the trauma cases at Brackenridge Hospital. His medical ambitions got sidelined when what began as a brief trip to England ignited his passion for food and ultimately led to a 3-year adventure in Europe studying old school culinary arts. Upon his return to Dallas, he opened his first restaurant, Blooms, a casual European fine dining establishment in a remodeled home in an underserved area of town. Next came his namesake restaurant in the Clarksville area of Austin: Jeffrey’s Restaurant. At Jeffrey’s, he established a culture of casual but fine dining without pretense and without a tuxedo-clad waiter hovering over one’s shoulder. It would not be unusual to see diners at one table dressed in elegant cocktail attire while those at an adjoining table, eating the same menu in jeans and t-shirts. Jeff went on to found several more notable restaurants and bars in Austin, including Clarksville Café, Tortugas, Wiley’s, Shoreline Grill, and Cipollina. A committed conservationist, he made Shoreline Grill one of the first restaurants in the region to follow sustainable seafood practices by adhering to the Monterrey Bay Seafood Watch. Through his businesses, Jeff made a significant contribution to the development of Austin’s culinary scene. Even more than his success as an entrepreneur in a challenging business, what set him apart was his way of treating others in the industry. Jeff was the individual who would always take care of others regardless of their background or position, whether that meant helping with medical bills, emotional support, housing, or gifts for their children. Any charity in the city could count on one of his restaurants to donate meals, certificates, or a helping hand, as when at Thanksgiving of every year, Shoreline Grill would cook 100 turkeys for the city’s homeless. In 50 years of business, he acquired no enemies. In his 43rd year, he met the love of his life: a graduate student at The University of Texas and a witty force of nature named Tina Rauch. Tina has been his constant companion for the last 31 years, and they went on to have two fine sons to whom Jeff was endlessly devoted: Sam, a U.T. graduate who works in digital marketing, and Steve, a recent graduate of The University of Texas School of Law. Jeff Weinberger was a person of enormous decency and kindness, a gentle soul with an intense intellectual curiosity who treated every person he met with warmth, interest, and respect. He searched with all his heart for the good in others and manifested authenticity and integrity every day of his life. So many people carry Jeff in their heart, in no small part because we knew he also carried us in his. He reached out with the whole of his spirit, and we will try to hold onto his warmth. To pass along what he taught and what he lived through his walk. To remember Jeff Weinberger’s life as a testament to all that is good on this earth. After a long illness fought with tremendous grit, Jeff passed away peacefully on the afternoon of September 22nd, 2021. He was laid to rest at a small private ceremony two days later. There will be a larger celebration of life in the spring. In addition to his wife and sons, Jeff is survived by his brother Allan Weinberger, sister Tina and her husband Michael Heffernan, nephews Scott Heffernan and Isaac Weinberger, and dear family Annie, Nic, and Madison.

Jeffrey Weinberger, founder of iconic Jeffrey&#8217;s Restaurant and one of the most beloved and respected restaurateurs in Austin, passed away Wednesday, September 22, 2021 at the age of 74. Jeff was born on March 25, 1947, the oldest of 4... View Obituary & Service Information

The family of Jeffrey Avrum Weinberger created this Life Tributes page to make it easy to share your memories.