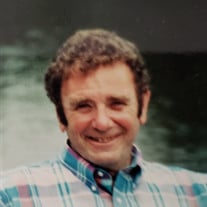 Ira Cohen was, indeed, a Bronx boy. His earliest memories were of playing outside their Bronx apartment building, in a snow fort when he was four years old. The fort was probably an appropriate symbol as well as a playspace given that the year was 1942. Blissfully unaware of the many ethnic and racial divides of his neighborhood, when asked by a group of older boys, “Who are you?” Ira replied, “I’m an air raid warden.” Nonplused, the boys went away. Throughout his life, Ira used humor to (mostly) turn away wrath. Ira Cohen was a proud graduate of Bronx High School of Science (1954) and The City College of New York (1960). He received his Ph.D. from New York University. After he finished CCNY, he married Felissa Lashley with whom he had three children of whom he was very justly proud. Peter, the oldest, is a defense attorney in St. Louis, Missouri. Along with his wife Julie, he has raised three children, Benjamin, Hannah Claire, and Lydia. Ira’s daughter, Heather, lives in Denver, Colorado, and owns Heather J. Cohen and Associates, a firm that does private investigations and draws on Heather’s graduate degree in criminal justice. Neal Cohen, an executive with Charles Schwab, lives in Cedar Park, Texas, with his wife Anne and children Jacob and Grace. Ira’s stepson, Andy Elder lives in Austin with his wife Rachel and their three children, Anwen, Madoc, and Bevan. Andy is a partner in Illuminas, a firm that serves clients in computer applications and analysis. All of the children and grandchildren filled many spaces in Ira’s life with joy and laughter, as a few of the photos on the website will demonstrate. Ira married Ann Hopkins Elder in 1989 where they were both Professors at Illinois State University – Ira in History and Ann in Political Science. Their paths often crossed since they were Americanists interested in elections which they viewed from both historical and behavioral lenses. Their teaching collaborations led to a life-long interest in the many factors shaping voting decisions and subsequent policies. As Director of Honors for 17 years, Ira developed the program into a pipeline for students, often from downstate Illinois with little wider world experience to grow into their dreams. Many years after graduation, students were still writing to Dr. Cohen to share their memories and to say “thank you” for opening many doors for them. As a two-time President of the National Collegiate Honors Society, Ira supported its growth in membership and influence in the area of both traditional and experiential teaching, in collaboration with many such as Bernice Braid who are well known for their innovative teaching and interest in student learning. When early retirement provided an opportunity to move to New York, both Ira and Ann jumped at the chance to live close to Ira’s family and to live in a place both have loved. Ira taught for well over a decade as an Adjunct Professor of History at Hunter College of The City University. After a year’s uneasy residence on the Upper East Side of Manhattan, Ira and Ann were happy to find a place on the Upper West Side, where they lived for over twenty years. They were always happiest when their grandchildren would visit and where his oldest grandson, Benjamin could happily browse “Gramps’” history library. Ann was always happy when Ben would relieve Ira of some of his history books, creating empty spaces on the shelves that were soon filled again! Those of us who have known Ira through the years will perhaps remember him through different lenses, and we hope they will continue to share their memories in that most happy way of keeping our loved ones in our lives.

Ira Cohen was, indeed, a Bronx boy. His earliest memories were of playing outside their Bronx apartment building, in a snow fort when he was four years old. The fort was probably an appropriate symbol as well as a playspace given that the year... View Obituary & Service Information

The family of Ira Cohen created this Life Tributes page to make it easy to share your memories.

Ira Cohen was, indeed, a Bronx boy. His earliest memories were...