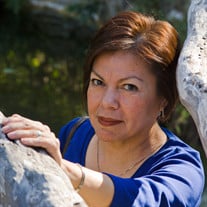 Emma was born along with her twin brother Roberto in the central Mexican village of Tetelcingo, Morelos. Her recently widowed mother, Aurelia Diaz, found herself in desperate straits and unable to provide and care for the twins and their older siblings. Fearing for Emma’s health, her mother entrusted her to the care of Methodist missionaries Verne and Melba Bruce. The Bruces gave her the love and care she needed to survive and thrive as an infant. She was soon after adopted by Dr. Amado Torres Guerrero and Magdalena Del Castillo de Torres. Dr. Torres was a prominent surgeon in the nearby town of Cuautla, Morelos and her adoptive mother managed the family-owned pharmacy. She was the youngest child in her family of three sisters and one brother. Later, her family moved from Cuautla to Cuernavaca, Morelos where her surviving siblings still live. Later as an adult she reconnected with her birth mother and her other siblings and built a loving relationship with them. From an early age, she became a bridge for love and compassion, changing the lives of everyone she touched. She met her future husband, Dwayne Kolly in Abilene, Texas in December 1971 at a youth religious retreat. She had gone to Abilene at the urging of her parents to spend time with the Sisters of the Cordi Marian religious order, They may have hoped that she would follow a religious vocation, but that would not be the outcome of her visit. After a short, intense, international courtship, Emma and Dwayne were married in Cuernavaca on October 19, 1972. The couple moved back to Abilene, Texas in 1973 in time for the birth of their first daughter. She gave birth to two more daughters; her children were the focus of her love and dedication. She formed a close and loving relationship with her mother-in-law who came to regard her as one of her own daughters. She was indefatigable in her work to create a clean, beautiful, and loving home for her family. For her friends and family, she was a caring listener and a wise fountain of good advice. She occasionally worked outside the home as a nurse’s aide and as a floral designer. Floral design was one of her passions and she earned a certificate from the Floral Design School at Texas A&M University. She excelled at making stunning floral arrangements for family events. She was skilled at sewing and needlecrafts and the decorative arts in general. She moved with her husband as his job and career requirements dictated, living in Abilene, Amarillo, San Antonio, Uvalde, Laredo, and Austin. Her last move was to Austin in 2007. She was an integral part of the lives of her four grandchildren, who call her “Lala” and for whom she hung the moon and the stars. Emma is survived by her adoptive brother and sister Fernando Torres del Castillo and Magdalena Torres del Castillo; birth sisters Rosario Diaz Gutierrez, Herlinda Diaz Gutierrez, and brother Octavio Diaz Gutierrez; husband Dwayne Kolly; daughters Faye Magdalena Kolly, Martha Antoinette Mosinski, and Kathryn Hope Kolly; and grandchildren Julio Szymon Hennessy, Phoenix Xavier Mosinski, Esme Paz Hennessy, and Michael Emrick Mosinski. Emma was particularly close to her sister-in-law Magdalena Ramirez Hulverson, and she graced the lives of many other extended family members whom she loved dearly and who are too numerous to mention. In lieu of flowers, the family is requesting that you consider a donation to Casa Marianella which includes support for Posada Esperanza. Casa Marianella provides support for refugees and immigrants, and Posada Esperanza provides shelter for immigrant women and their children who are escaping violence. When making a donation please type “In loving memory of Emma Kolly” in the comments box. The donation link is: https://rally.org/casamarianella https://www.casamarianella.org https://www.casamarianella.org/posada-esperanza/

Emma was born along with her twin brother Roberto in the central Mexican village of Tetelcingo, Morelos. Her recently widowed mother, Aurelia Diaz, found herself in desperate straits and unable to provide and care for the twins and their older... View Obituary & Service Information

The family of Emma Torres de Kolly created this Life Tributes page to make it easy to share your memories.

Emma was born along with her twin brother Roberto in the central...