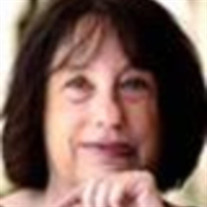 Dr. Elaine Kolker Horwitz passed away peacefully at home surrounded by her family on the evening of February 16th, 2022, after a nearly three-year battle with glioblastoma. She was 71. She has resided in Austin, TX since 1980, where she worked as a Tenured Full Professor of Curriculum and Instruction at The University of Texas at Austin and Director of the Graduate Program in Foreign Language Education. Born in Washington, D.C., Elaine Kolker grew up in Silver Spring, Maryland. She took an early interest in languages, known in middle school for translating the teacher's instructions to her confused classmates, and, in high school for her high scores in language aptitude and her vast knowledge of current world events. She was a first-generation college student at the University of Maryland, College Park earning a B.A. with high honors in French with a teacher certification. She was eager to get to work as a teacher and taught French, Spanish, and English in nearby public schools in Prince George's County. She met Michael Horwitz at a College Park Hillel event followed by a date at "The Ubiquitous Bagel". This preceded a long-distance courtship while Elaine studied abroad in Aix-en-Provence and then their wedding in Silver Spring on October 17th, 1971. Prompted by her husband's pursuit of a graduate degree, Elaine decided she 'could do that too', and joined Michael at the University of Illinois, completing a Ph.D. in Second Language Learning and Teaching as a Title VII Bilingual Education Fellow. After living briefly in Las Vegas, NV and then Buffalo, NY, Dr. Horwitz began her career at the University of Texas at Austin. She joined the faculty in 1980, teaching courses and conducting research in foreign language learning and second language acquisition. She pioneered the field of foreign language learning anxiety and created the 'Foreign Language Classroom Anxiety Scale' and the 'Beliefs about Language Learning Inventory'. Her studies have resulted in seven books, 26 book chapters, and over 70 peer-reviewed publications, receiving more than 26,000 academic citations. During her tenure at the University, she supervised over 70 Doctoral dissertations and 60 Master's theses. Her work has been recognized with numerous awards including a Distinguished Alumni Award from the College of Education at the University of Illinois and the Region 3 TexTESOLer of the year in 2013. The enduring impact of her teaching also includes mentorship for countless students around the world. Her tenure at the University lasted nearly 40 years until she stepped down from teaching in 2019 following her cancer diagnosis, becoming a Professor Emeritus in 2021. Not only was Elaine's brilliant, beloved life cut short by a malignant brain tumor, but the tumor was located in the brain's 'language area'. Her inability to express herself at her previous laureate-level of language precision has been an immense tragedy. Outside of teaching and research, Elaine was a passionate professional football fan, having grown up supporting the Washington Redskins with her father, Morris Kolker. They were at RFK stadium in 1966 when Washington beat the New York Giants 72-41 in the highest combined score in an NFL game. Her terrestrial interests were complimented by her enjoyment of all things Star Trek, as she had likely seen every episode of the series and read many of the books. A favorite episode was when Data kept winning the casino games in 'Star Trek The Next Generation'. She enjoyed cooking a variety of items ranging from spaghetti sauce, to chicken curry in an apple sauce base, oatmeal cake, to "vaguely Chinese meatballs." Of all of her roles, the one she would say that she was most proud of was that of mother to Deborah Judith Kolker Horwitz born in 1982 and Jeremy Aaron Kolker Horwitz born in 1989. Deborah resides in Memphis, TN, working as an Assistant Professor of Physician Assistant Studies and a Dermatology Physician Assistant. Jeremy resides in Berkeley, CA, working as a Physicist at Lawrence Livermore National Laboratory. She was pre-deceased by her husband in 2010 and is survived by her children, brother Allan Kolker, and grandchildren, Meirah Eve Horwitz Goldberg and Isaac Reiss Horwitz Goldberg. Elaine cared deeply for those that society wasn't always so kind to, and her work allowed her to travel the globe and look out for those that were persecuted or threatened by political or governmental circumstances. We hope that her life and words will continue to live on in all who she has touched. Funeral services will be held Sunday at 11 am at Austin Memorial Park Cemetery. A live stream of the service will appear on the Austin Natural Funerals Facebook page, https://www.facebook.com/AustinNaturalFunerals, shortly before 11 am. A Facebook account is not required in order to watch. If a pop-up window appears asking you to log in click "not now" and the live stream will be available for you to watch. If the "not now" button does not appear, scroll down on the page and it will come up for you to select. There will be an outdoor gathering at Elaine's residence following the service. Donations in her honor can be directed to the following Organizations: University of Illinois, College of Education http://give.education.illinois.edu Write 'Elaine Horwitz Fund' in 'Other' field Paralyzed Veterans of America Anti-Defamation League American Civil Liberties Union Southern Poverty Law Center

Dr. Elaine Kolker Horwitz passed away peacefully at home surrounded by her family on the evening of February 16th, 2022, after a nearly three-year battle with glioblastoma. She was 71. She has resided in Austin, TX since 1980, where she worked... View Obituary & Service Information

The family of Dr. Elaine Kolker Horwitz created this Life Tributes page to make it easy to share your memories.