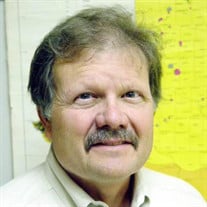 Dr. Donald (Don or Donnie) James Huebner was born September 10, 1948, in San Marcos, Texas. He passed June 16, 2022, at the age of 73. His first 5 years were spent in nearby Maxwell where his father, Reginald Huebner, was Pastor at Ebenezer Lutheran Church. In January 1955, Don, along with his mother and two brothers, left Ft. Sam Houston and joined their father in Japan for the first of several military assignments, including Ft Wainwright, Alaska; Ft Hancock, New Jersey; and Ft Sam Houston, Texas. Throughout Don’s growing up years, he showed an avid interest in the outdoors, including fishing, hunting, and hiking. Being an accomplished Boy Scout, Don earned Eagle Scout and the coveted God & Country Award. He eagerly joined in the numerous family hobbies, such as rock collecting and coins. He was a prolific lifelong reader, and he was often involved in local election activities in Austin. Throughout his life, Don continued to travel the world, mostly in Europe, as well as Central and South America. When his sister Diane was born, Don showed the classic love of “big brother” and maintained that affection for her. Don and David went to college at the University of Texas together studying geography and education. From 1972-1986, Don and Dan worked together with their own company, Huebner Construction Company, working on many high-profile homes and projects in Austin. In more recent years, his younger brother, Dan, invested much time and love in helping Don when he developed health problems. Don received his BS, MA, and Ph.D. from the University of Texas at Austin. He taught geography for 20 years at both the University of Texas at Austin and Texas State University. He served in the U.S. Army and retired as a Major after over 20 years of active and reserve duty. Don loved adventure and the outdoors and instilled that same passion in his four children-Erik, Daniel, Elise, and Jeff-often taking them along on pursuits, such as camping, hiking, hunting, shooting, fishing, paddling, flying, spelunking, rappelling, off-roading, fossil and rock hunting, and traveling Texas and the Southwest. He had a great love for the Texas Gulf Coast and the Trans-Pecos, as well as New Mexico. Don loved dogs and took them on many travels and outdoor pursuits. He was very involved in retriever field trials and enjoyed hunting waterfowl, especially with his beloved Labradors, Zeus and Jess. He was also a skilled carpenter and mechanically inclined. His wit, curiosity, humor, friendly conversation, warmth, intellect, scholarship, friendship, and love will be sorely missed by his family and numerous friends. Don is survived by his wife, Dr. Jan Allen, children Erik, Daniel, and Elise, and grandsons Aldo and Benjamin. He is also survived by brothers David and Daniel, sister Diane, and first wife, Darlene, as well as many nieces, nephews, and cousins. His youngest son, Jefferson, and his parents predeceased him. Burial is at Ft. Sam Houston National Cemetery, June 30, 2022, at 11am. In lieu of flowers, donations can be made to: Nature Conservancy https://preserve.nature.org/page/80429/donate/1 Native Prairies Association of Texas https://texasprairie.org/donations/donate/

Dr. Donald (Don or Donnie) James Huebner was born September 10, 1948, in San Marcos, Texas. He passed June 16, 2022, at the age of 73. His first 5 years were spent in nearby Maxwell where his father, Reginald Huebner, was Pastor at Ebenezer... View Obituary & Service Information

The family of Donald James Huebner created this Life Tributes page to make it easy to share your memories.