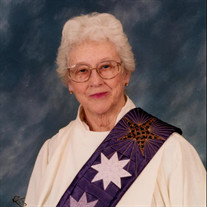 Lula “Catherine” Clark Foster was born March 2, 1926 in Granbury, Texas, to Grady S. and Mary Ella Swindall Clark. She died peacefully in Austin, Texas on November 15, 2020, where she had lived since 1959. Her death was preceded by that of her parents, her husband of 56 years, and in 2002, her much beloved sister, Ann Clark Burkhalter of Ft. Worth. She is survived by her four children, Tom, Mary, Betty Ann, and William Foster, and their spouses, Margo Foster, Harold Bay, Jr., Thomas Greenwood, and Brenda Pfeil Foster. Her five grandchildren are Catherine M. Foster, Owen J. Foster, Dylan T. Foster, and Briana and Miles Foster-Greenwood. She also leaves behind two brothers, Billy P. Clark and Donald Grady Clark, her sister-in-law Bobradine Clark, brother-in-law Marvin Burkhalter, and several nieces and nephews. Catherine was valedictorian of her high school class in Granbury, attended Weatherford Junior College, and graduated from the University of Texas in Austin with a BBS. She met her husband, Charles Kenneth Foster, while attending UT and they were married at First Methodist Church of Granbury in 1949. The granddaughter of two Methodist preachers, Catherine was a life long Methodist who served as a Christian Educator. She was consecrated among the United Methodist Church’s first class of Diaconal Ministers in 1977. Her specialty was children’s ministry, but she also served on various boards at the Annual and Jurisdictional conference levels, and on the staff of her local church, Saint John’s United Methodist in Austin, Texas, for many years. Foremost a wife and mother, Catherine cared well for her family, acting as Girl Scout leader, Little League advocate, and high school band parent. She loved camping and fishing, and was an avid Longhorn sports fan. As a young mother, she sewed clothes for herself and her children, later enjoyed several forms of needle arts, especially knitting, counted cross-stitch and quilting. Funeral arrangements are through Austin Natural Funerals. A simple graveside service is being held at 1:00 p.m. on Thursday, November 19, 2020, at Austin Memorial Park. The service will be streamed. A more proper memorial is planned for later, when it is safe to gather at her church. In lieu of flowers at this time, memorials can be made to Saint John’s United Methodist in Austin, or to a charity of your choice. Services will be streamed live at 1:00 PM CST on November 19, 2020 and can be viewed on Facebook/AustinNaturalFunerals https://www.facebook.com/AustinNaturalFunerals/. Please know that you do not need a link or a Facebook account to view the service. A video recording of the service be available here starting later that evening.

The family of Catherine Foster created this Life Tributes page to make it easy to share your memories.