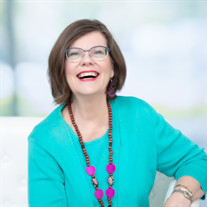 Family and friends mourn the passing on October 17th, 2020 of Barbara Ann Gracey Metzger following a courageous multi-year battle with cancer. A long-time resident and business woman of Travis County, she was widely known and admired by many friends and colleagues. Born Barbara Ann Gracey on December 29, 1947 in Nolan, Texas to George Howard Gracey of Caddo, Texas, and Annie Viola Nachlinger of Hermleigh, Texas, the family soon moved to Snyder, Texas, where she was raised. Following graduation from Snyder High School, she received in 1969 a bachelor’s degree in Home Economics from Texas Tech University, Lubbock, Texas, and taught home economics at Riverside High School in El Paso, Texas. She later worked as a sales manager for the J.C. Penny Company in El Paso, Texas. On December 21, 1973 she married Stephen Lawrence Metzger of El Paso, Texas, and as a U.S. Army Officer’s wife, traveled widely and lived at numerous military posts in the U.S and overseas, most notably living in Cairo, Egypt and Amman, Jordan. Her love of travel inspired her beautiful sense of style with bright colors and a collection of antiques from around the world. In 1994 she moved to and settled in Austin, Texas, where she formed her business management consulting company, Maximize, helping small businesses thrive with guidance on hiring and best management practices based on assessments of individuals’ strengths and personality styles. Barbara also ran a small business networking group, CEO Network of Austin, where she was widely recognized as a leader in the community. She had many different titles on her business cards over the years, but her final and favorite was simply: Barbara Metzger, Wise Woman. Her final project was the writing and publishing of her book Support For Cancer, for Friends and Family: 103 Real Things To Do by Barbara Metzger, soon to be available for purchase on Amazon. Photos from her life and memories may be seen at www.bit.ly/BAMemorial Surviving are son, Marcus Howard Metzger and daughter-in-law, Eryka Natasha Clayton, of Brooklyn, New York; sister, Susan Gracey Cooper of Pflugerville, Texas; Numerous Nieces, Nephews, Grand-Nieces, Grand Nephews, Cousins and an incredibly diverse group of friends from around the country. Truly she had a full life and will be missed by many dear ones. Memorial Service was held in Austin, TX at the home of Eryka and Marcus. She will be interred in the Gracey Family Grave, next to her father George Howard Gracey, affectionately known to her as “daddy”, at Hillside Memorial Gardens, 2834 TX-208, Snyder, Texas.

Family and friends mourn the passing on October 17th, 2020 of Barbara Ann Gracey Metzger following a courageous multi-year battle with cancer. A long-time resident and business woman of Travis County, she was widely known and admired by many... View Obituary & Service Information

The family of Barbara Ann Gracey Metzger created this Life Tributes page to make it easy to share your memories.